What are Hemostatic Forceps?

There are three main functions of a hemostat during emergency wound care:

For general use standard forceps are a perfect surgical instrument. For smaller wounds a 5in. curved mosquito forceps with fine serrations may be recommended ( Wounds and Lacerations (Fourth Edition). 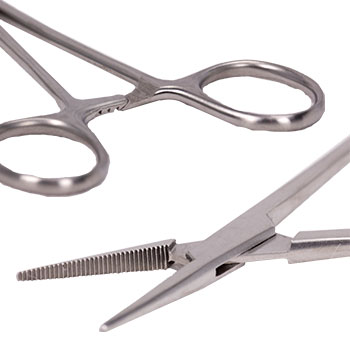 Hemostats feature finger ring handles that allow the user to hold on to the forceps. They have a locking/ratcheted mechanism that allows the jaws to close and lock firmly on to blood vessels during a surgical procedure. One major difference between hemostatic forceps and regular forceps is the tip can be significant smaller. Hemostatic forceps belong to a group of instruments much like surgical scissors, needle holders, tissue holders, and other clamps where the structure of the tip determines the function. 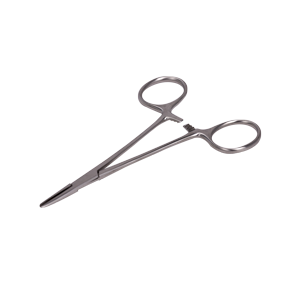 Mosquito Forceps and Halsted Mosquito Forceps have a ratcheted ring handle that provides a secure grip onto smaller blood vessels. This type of forceps can either be straight or curved and are usually around 5 inches in length. Mosquito forceps have a significantly smaller tip that regular forceps. 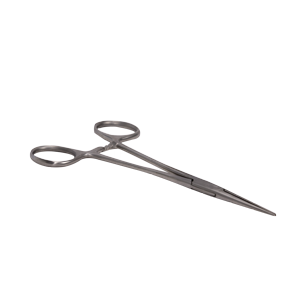 Kelly Forceps are used for clamping large blood vessels or to manipulate heavy tissue. During dissections they may also be used on soft tissue. Kelly forceps can be curved or straight and have a ratcheted handle to give the user a secure grip.

Like Kelly Forceps Rankin Forceps are also used for clamping large blood vessels or manipulating heavy tissue. They can also be curved or straight and have a ratcheted handle.

Crile Forceps are commonly used for clamping blood vessels or tissues before cauterization. They have serrations along the entire length of the jaw. They have a ratchet locking mechanism to give the user a tight secure hold on blood vessels. Crile forceps can also be used during dissections and can be curved or straight.

Mixter Forceps or Right-Angle Forceps are typically used for working in hard to reach surgical sites. They have a ratchet style handle and are frequently used for clamping, dissecting or grasping tissue mixter forceps have serrations along the entire jaw.

A Brief History of Hemostatic Forceps

The modern hemostat is credited to several persons, the first of which is Jules-Emile Pean who was one of the great French Surgeons of the 19th century. Later Surgeon William Halsted made minor alterations to the design.

Our customer service team is available Monday-Friday to help answer any questions and to assist during your shopping experience.

Your complete satisfaction is important to us. If you are not satisfied, we will gladly accept your return within 30 days.
View Return Policy